Donate to support ‘Back to School and Education’ Programs
Tag 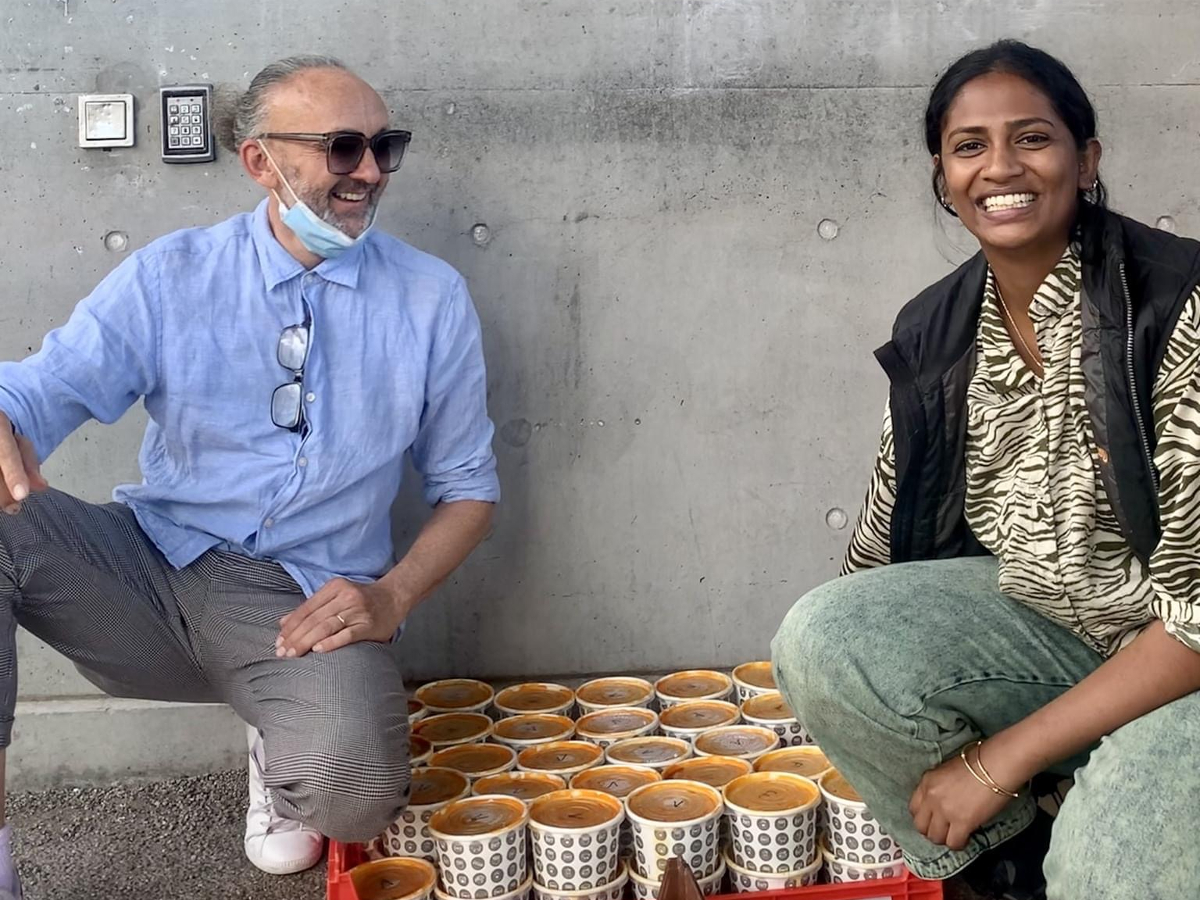 We launched SmartMeals back in March 2020, spurred on by a widespread need for food relief and employment support. With incredible community support and generosity SmartMeals has now run for 626 days, delivering 259,665 nutritious meals to local, at-risk communities, by partnering with and funding over 150 organisations across 6 states. SmartMeals has enabled this network of partners to not only to provide vulnerable people with food security, and deliver employment and training opportunities for disadvantaged workers, but to connect and collaborate with their local communities.
END_OF_DOCUMENT_TOKEN_TO_BE_REPLACED

Back in August, 285 Cafes and 45 Coffee Roasters partnered up for CafeSmart 2021, an incredible effort during lockdowns and difficult times for the industry and our communities. This week, due to everyone’s generosity, we have been able to make 96 community grants, valued at $169,000 to support people impacted by the COVID-19 pandemic. END_OF_DOCUMENT_TOKEN_TO_BE_REPLACED 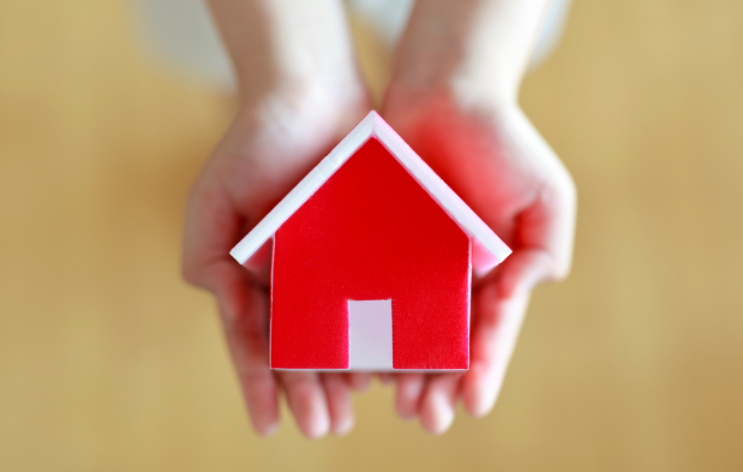 Setting up someone for tenancy success is a vital part of any homeless support service but funding for household items is hard to come by. This is where StreetSmart’s ‘Making-a-Home’ initiative steps in. END_OF_DOCUMENT_TOKEN_TO_BE_REPLACED

Last week we made four additional food relief grants targeting CALD (Culturally and Linguistically Diverse) communities in lockdown. We know that COVID-19 has seen a huge rise in people seeking support, in particular food, to enable them to try to pay bills and stay housed. END_OF_DOCUMENT_TOKEN_TO_BE_REPLACED

Our network of Emergency Relief (ER) and Material Aid community organisations provide a crucial safety net for people experiencing a crisis. The COVID-19 pandemic highlighted how critical these organisations are in supporting the health and wellbeing of vulnerable people. To reflect this, our recent Community Grants, made possible through a philanthropic partnership, have focused on providing $80,000 of support for immediate impact. END_OF_DOCUMENT_TOKEN_TO_BE_REPLACED 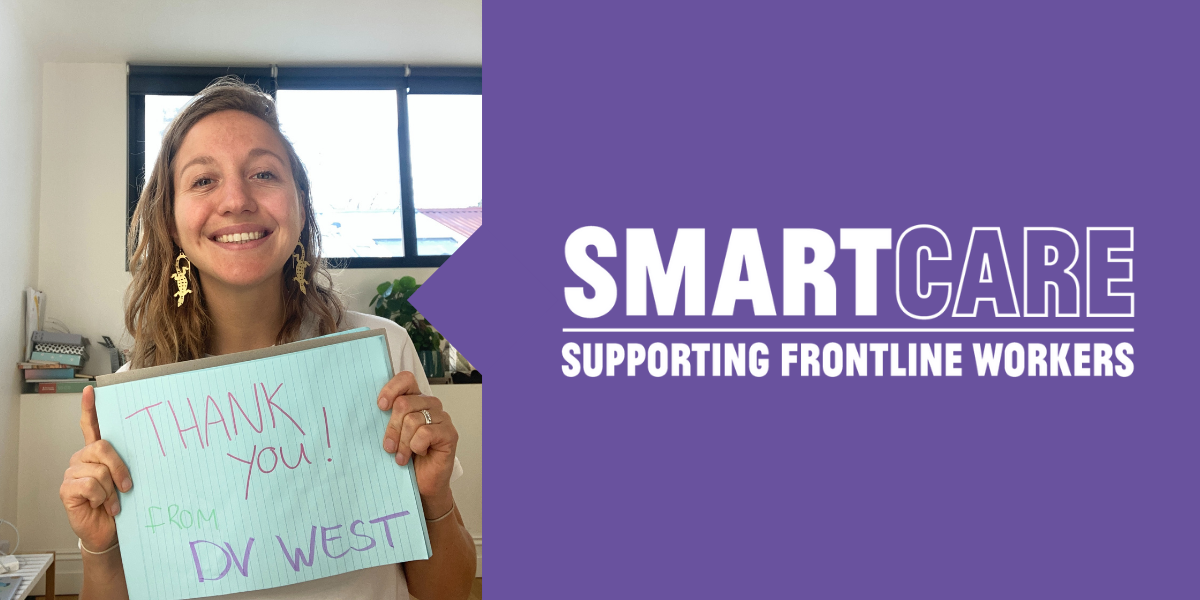 In August 2021 we made an additional 11 SmartCare grants.

Frontline homelessness work is very challenging and throughout the pandemic workers have had to care for others first and self, second.  Burnout is frequent and impacts the individual and the level of care that can be provided to people experiencing homelessness. END_OF_DOCUMENT_TOKEN_TO_BE_REPLACED

Poverty and Homelessness – The Reality For Too Many Older Women 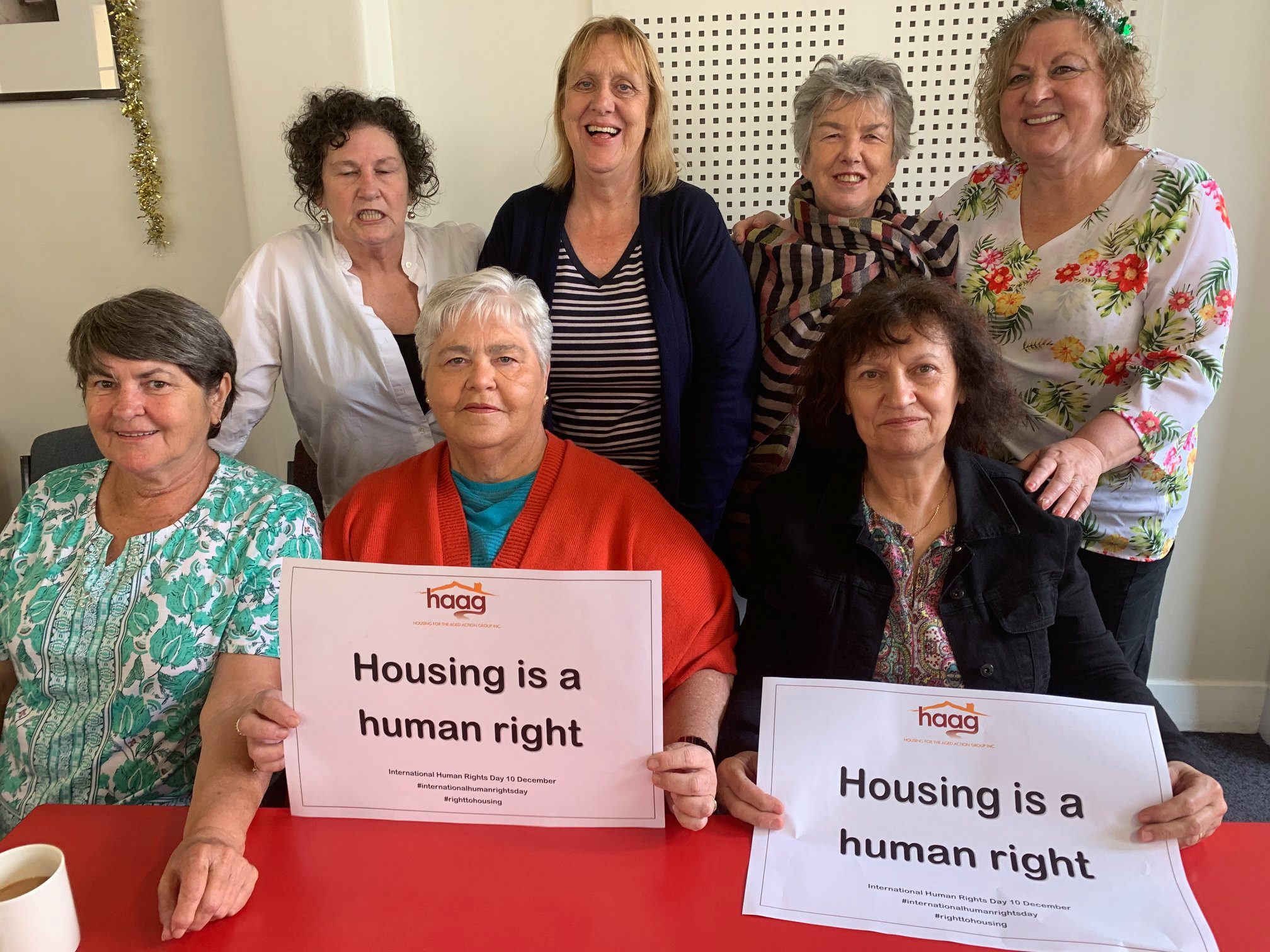 Housing for the Aged Action Group

For many years, frontline workers in regional and metro homelessness services have been seeing increasing numbers of older women seeking support. The 2016 census confirmed this, showing older women, over the age of 55, were the fasting growing cohort of people experiencing homelessness increasing by 31% from 2011 – 2016. We know this trend has accelerated and worsened since 2016, with many services reporting women approaching them for support for the first time in their lives, unfortunately many are turned away due to a limited capacity to help.

END_OF_DOCUMENT_TOKEN_TO_BE_REPLACED 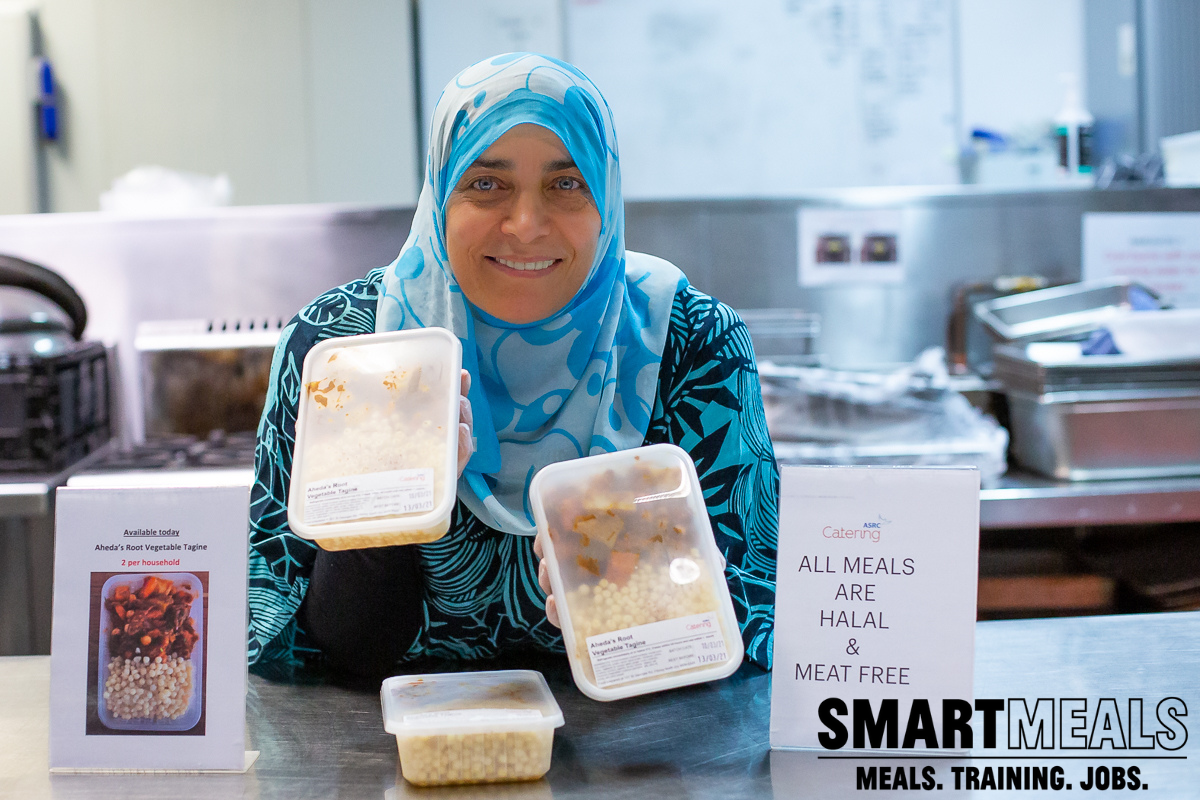 Donate to our Winter Appeal here
SmartMeals was launched back in March 2020, responding to food insecurity of vulnerable people, as COVID restrictions hit community meals programs. This week we deliver our 150,000th meal, powered by our generous supporters. Currently we are collaborating with 13 food based social enterprises, in 5 States, to cook 4,000 meals per week, and we want to keep delivering…. END_OF_DOCUMENT_TOKEN_TO_BE_REPLACED

By Courtney Rayner COVID-19, Homelessness in the news, Recovery Fund 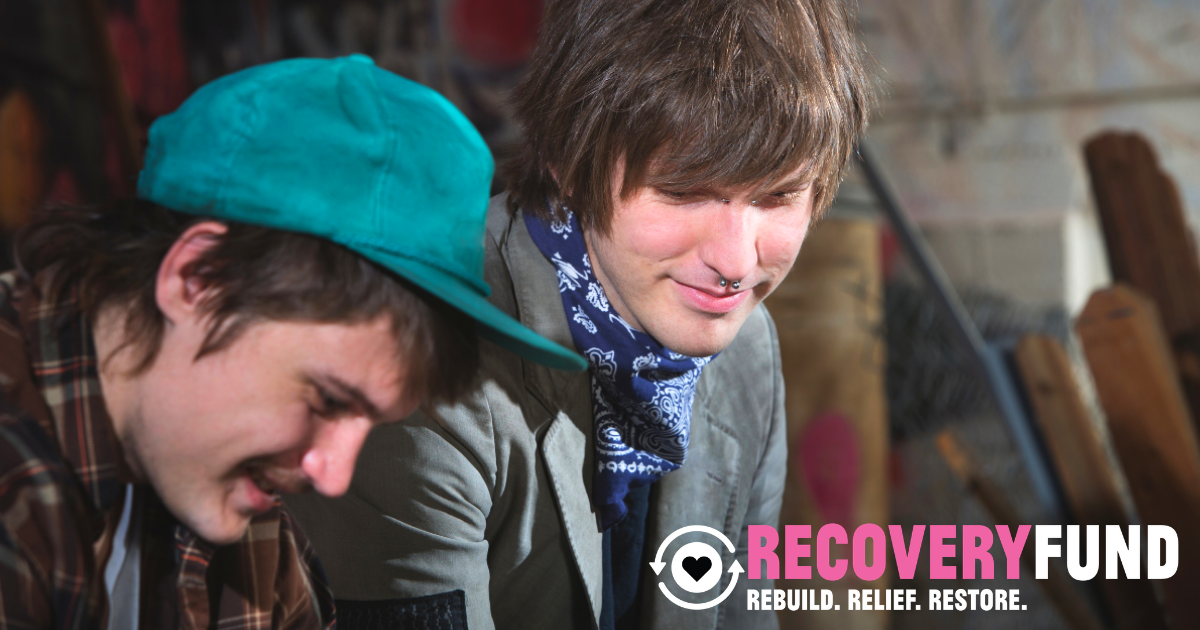 At the same time as youth services have seen a significant rise in demand due to COVID-19, many smaller independent organisations have seen a fall in fundraising revenue as their community fundraising came to a halt.  In line with Youth Homelessness Matters Day in April, the team at StreetSmart raised funds from our supporters to provide funding to youth services and assist young people experiencing the fall out from the pandemic. All six youth programs we supported through our Recovery Fund have seen fundraising income fall over the past 12 months. One organisation lost $1 million of critical fundraising revenue, another had seen revenue drop to $0:

END_OF_DOCUMENT_TOKEN_TO_BE_REPLACED

By Courtney Rayner Homelessness in the news, Recovery Fund

A few weeks ago, two massive storms converged over eastern Australia dumping more than 40cm of rain in just five days across huge areas along the coastline, and in some cases as much as 80cm. Rivers rose rapidly, some by over 10 metres. Tens of thousands of people were forced to evacuate, and many people have lost their homes, many have lost everything.

The flooding stretches 600 kilometres from Sydney to the Northern Rivers as Fiona Johnson, a hydrologist from the water research centre at UNSW explained, “It’s just the sheer scale of having it from the border all the way down south of Sydney.” In areas that suffered severe bushfires just 12 months ago, the storms have continued and compounded the devastation.